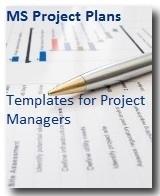 What are Gantt Charts? How they work, history, examples and limitations

What are Gantt charts? Gantt Charts are the foundation of project planning! Read this 5 minute introduction to find out more.

A Gantt chart is a visual representation of a project schedule. A type of bar chart, a Gantt charts show the start and finish dates of the different required elements of a project. (Investopedia)

History of the Gantt Chart

Although we have been planning projects throughout human history, most introductions to modern project planning techniques begin with

. In the 1910s he developed a method to chart work planned and work done in the same space in relation to each other and in relation to time. During the First World War Henry Gantt developed his charts to assist the Ordnance Department at Washington to track the progress of the large orders for arms and munitions (Clark, 1922, iii).

Gantt charts were highly effective because they enabled work to be planned and progress to be continuously compared against time (Clark, 1922, vi). The charts were never static, delays could be identified and corrective action taken and advantage could be taken if work that was ahead of progress.

Image of a Gantt chart used for planning the work in a machine shop from Clarke, 1922, p.61L. The image above shows an extract of a Layout Gantt chart showing:
The image below shows a man work record chart. Estimated time, actual time and time taken but not estimated are shown by different line formats against each day. The letters indicate why work fell behind for example, A = Absent, I = lack of instruction and T = tool troubles or lack of tools.


Interestingly Gantt Charts were popular with workers because they were easy to understand and enabled the workforce to be involved in improving productivity. The charts would be available for the workers to review and were updated regularly.
Today spreadsheet programs are often used to construct Gantt charts and some automation can be achieved through programming.

Gantt charts are not able to clearly show all the complex interdependencies that exist between the different tasks in most projects.” (Lock, 2007, p. 187).

Traditional Gantt charts are limited because they don’t clearly show the often complex dependencies between tasks. As such it is easy to make errors in logic so that a task that is dependent on completion of another task starts before that task. For example bricklaying starting before the foundation is laid.